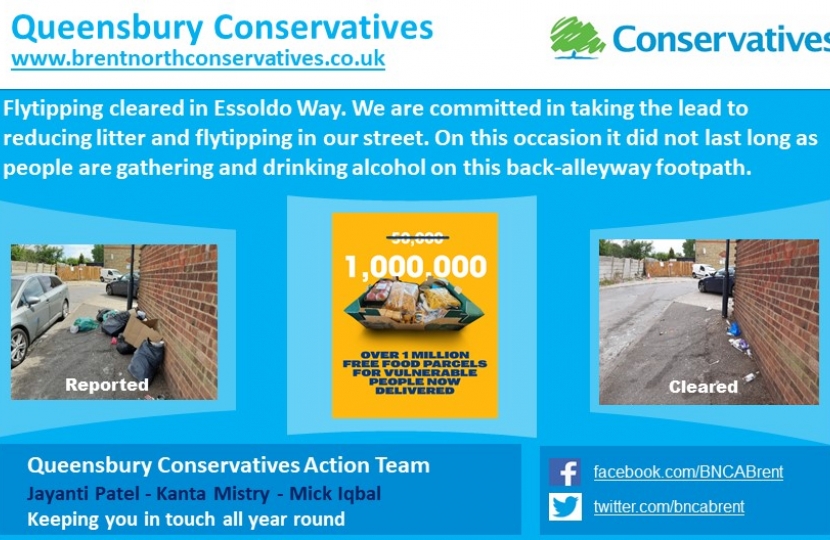 The Brent street cleaning team most of the time deals with any fly-tipping within 24 hours. The Queensbury Action team has been reporting on behalf of the residents using the “Love Clean Street” App. Regrettably to say on Essoldo Way Queensbury, after it was cleared off promptly within hours, we have groups of people drinking and dumping bottles and beer cans on the footpath again. Fly-tipping is a criminal offence with significant penalties available to the courts when the perpetrators are identified.
#FlyTipping #WasteCrime #NoMoreRubbishExcuses #CrimeNotToCare #Litter #antisocial #shameonyou #rubbishday #rubbishdump

By joining the Conservative Party, you're doing your bit to help change Britain.

Your support is vital to our campaign to build a better future.

We need to build a strong voice for local Conservatives and we can only do that with your help.

Any donation will make a difference.