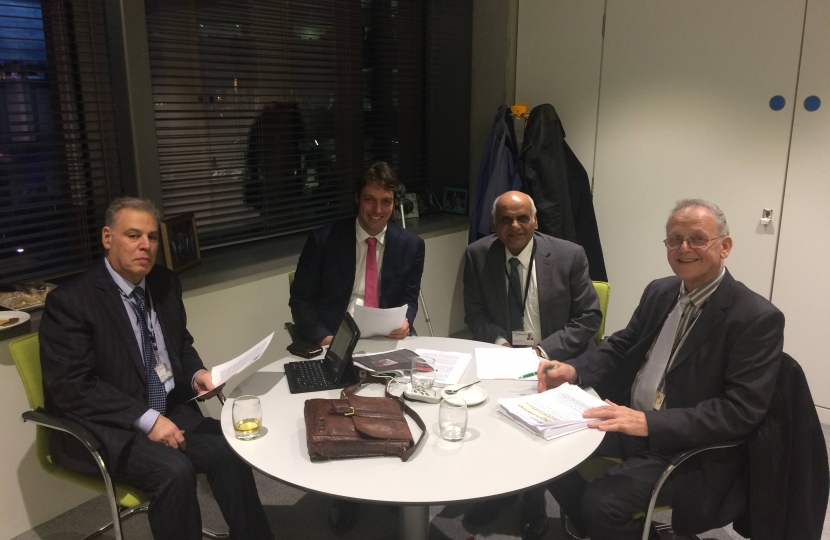 Brent Conservatives delivered their alternative Budget at Monday’s full council Budget meeting which promised to freeze council tax, plough more money into adult social care and deliver a radical programme to clean up the borough’s streets.
Slamming Brent Labour for ‘casually demanding a 4% council tax increase,’ the Conservative Budget detailed a series of savings they would make to deliver their spending priorities.

To fund their plans, Conservatives would shut the £1 million Communications Department which, said Cllr Davidson, "churns out official Brent Labour propaganda via the regular Brent Magazine".They also proposed to scrap the £800,000 Business Intelligence Unit as they  argued that  Council Cabinet members already do the department’s work of, "designing and delivering major change projects.". They would also stop the £200,000 of trade union funding which comes from Brent taxpayers.They also identified £2 million of savings that could be made to non-essential back office functions.

Further Conservative proposals would involve more effective enforcement of fly-tipping laws via increased use of private self- funding security firms and a scheme for paid-for next day collection of bulky waste that could raise £500,000 every year.
Cllr Joel Davidson commented: “Budgets are about choices. Brent residents have one of the lowest incomes across London. In their budget, Brent Labour has refused to take this into account, think in an innovative way or listen to what residents want.
“Brent Conservatives take a different view. We would rather use all that money to freeze Council Tax instead, and make sure that our elderly people are properly looked after. We also want to get serious about cleaning up our borough once and for all.”

By joining the Conservative Party, you're doing your bit to help change Britain.

Your support is vital to our campaign to build a better future.

We need to build a strong voice for local Conservatives and we can only do that with your help.

Any donation will make a difference.